A few days ago, we tested what it would take to capture tracks using professional equipment like the awesome drones by Intuitive Aerial in Linköping, Sweden. 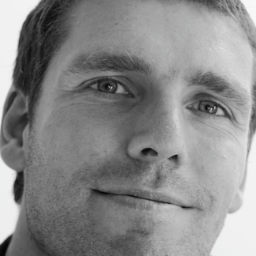 For the flight, we used a smaller variant of the drone, and attached a normal cell phone to capture the GPS position while flying with a GoPro camera, following the same technique as described in Craig Taverner's blog post for time lapsed GoPro pictures.

The quadcopter was a lesser variant of the real devices produced by the company, with an Ardupilot central unit and for propellers. Thank you Torkel Danielsson of Intuitive Aerial for taking the time to make this possible!

Torkel Danielsson of Intuitive Aerials and his quadcopter

Also, we had the fortune to have a prototype of a stabilizing handheld wig for GoPro available, big thanks to Patrick St-Arnaud from Shape for spending the time to makes this possible!

Now, it is "just" a matter of directing the drone automatically along GPX tracks, or manually control it to take the desired footage in GoPro sequence mode.

The resulting pictures are transferred from the GoPro to a computer together with the GPX track form the phone, and then correlated and uploaded to Mapillary.

Here is the result - aerial coverage around the university of Linköping!

With the right equipment, it is entirely possible to capture aerial footage using drones and Mapillary, and without big effort this can be scaled up for a municipality or infrastructure company. This experiment took about 2 hours - not a lot of time considering this was the first time.